Have you ever wanted to call in sick to work because you had cramps, heavy bleeding, been emotionally and physically exhausted and didn’t feel like being half naked in a room full of people, where you are the main focus? I found myself facing that very situation. At a recent shoot for O, the Oprah Magazine, where I’d been asked to model lingerie for their yearly Body Issue, a testament to body love and self acceptance, but this time, I couldn’t call out sick.

As I walked into the brightly lit photography studio, I saw the racks of nude lingerie awaiting me, as well as my co-model for the shoot, a beautiful, elegant size-zero model resembling Lupita Nyong’o. You’d think the idea of disrobing and taking full-length shots in the nude body suit they’d prepared for me would be the part of this story making me pause—hardly. As an international model, I’d been taking shots like this for more than 10 years. No, today, I was feeling vulnerable for an entirely different reason. I’d recently had two very different and serious health scares—and if I hadn’t advocated for myself with multiple doctors—I might not even be standing in the room.

Just a few weeks prior to the body shoot, I had 20 fibroids removed from my uterus and one massive grapefruit-sized fibroid just leisurely resting on my uterus, which was putting pressure on my other organs. My doctor had told me I had many and they were all unusually big— to which my response was, “Well, that’s obvious because I don’t do anything small.”Just weeks prior to my uterine surgery, I had basal cell carcinoma removed from my back. In both instances, I’d had thought to ask for second opinions and doing so saved me further trauma. When I was diagnosed with fibroids, the first specialist suggested a regular surgery akin to a c-section, which would have left me out of commission for months. I’d thought to speak up and a different doctor was able to offer a less invasive, laparoscopic option—which had left me with five petite holes in my abdomen and recovery time had been shorter. I’d also thought to have a few other freckles rechecked that had been overlooked in my last body scan just three months ago, which turned out to be pre-cancerous.

Still, the morning of the shoot I was sweating, bleeding and extremely anxious. While in the fitting, I was terrified I would stain the garments I was trying on. I confided in the makeup artist about my surgery in case I passed out so someone would know why. I was extremely weak and tired. I was afraid of wearing barely anything post surgery. Fearful the signs of what I was going through and blood loss would appear on the garment, I had to take extreme measures to get through the day.

I decided to double up. I used two super-plus tampons and changed them every half hour. (A model once told me she did this and I thought she was insane). In the course of six hours I went through at least a whole box. I called my doctor to let her know what was going on and she said; “Why aren’t you in here seeing me! You should be in here seeing me! I said, “Clearly you don’t understand, it’s OPRAH!” Click.

So there I was in a room full of strangers hired to pose in a body-conscious garment, which any other given day would be okay, but today, there was a bigger irony that wasn’t lost on me. The vulnerability I was feeling had nothing to do with outer appearance—and all to do with the fragility—and the strength—of my body itself.

In this period of my life, I am at peace with my body, but have also never been more conscious of how it works. In the past several months, I have had to check in with my body on a daily basis. How was I feeling? Was I noticing any unusual spots? Did I need to call a doctor, again? And what I’ve found is that second-guessing gives you second chances.

That morning before I left for the shoot I sat quietly in my room and checked in with myself asking if I was really up for this day. I’ve been faced with extreme circumstances in the past which have allowed me to become stronger and allow me to tap into a energy source that allows me to in a way, push things aside (temporarily) and move on with the task ahead. This is what I did. I was asked to perform on a higher stage while I was at my lowest. As I look at the May issue of O Magazine, I am reminded that there are no coincidences. As the opening credits read: “This month we’re stepping away from the mirror to get in touch with all the amazing things the body can do—the places it takes us, the sensations it gives us, the life it lets us live.”

After this shoot, I learned an even greater lesson on what my body and mind are really capable of. That day, I’d found some more “unusual freckles” and in between prepping scenes I saw one in particular that looked dangerous to me. That “unusual” looking freckle turned out to be malignant melanoma—which would have gone undetected had I trusted the annual skin check my dermatologist had given me just three months ago.

Today, as I look at my image on page 120 I see a model doing her job, but also what my body was able to do while having been through so much trauma. The script writing on my stomach is apropos. ‘However you feel about your form, trust us: your body is more beautiful—and expressive—than you know.’ Yes it is.

It’s time to clean out your wardrobe and hit refresh for spring. Your fashion needs were met on (watch here) >Pix11 Morning News Fashion Segment featuring styles from companies that offer current fashion trends which are affordable and won’t break the bank. We all love that. Scroll down for outfit… END_OF_DOCUMENT_TOKEN_TO_BE_REPLACED

On November 9th, I was asked to speak at the Effective Communication Seminar Hosted by CRE Finance Council in New York City. Effective communication is translated to verbal and non verbal forms of speak. In my opinion, before entering any room, make sure you’re filled with a dose of confidence and self… END_OF_DOCUMENT_TOKEN_TO_BE_REPLACED

I’m now getting caught up from the last quarter of the year and still getting messages from people who weren’t able to attend my latest talk on body image and confidence but saw my Instagram post about the talk I gave at a school in Long Island, New York on the… END_OF_DOCUMENT_TOKEN_TO_BE_REPLACED

Bernadett Can Be Seen On 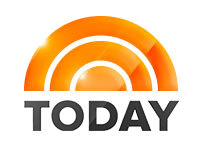 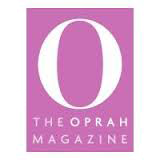 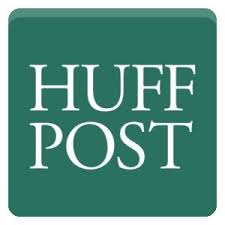